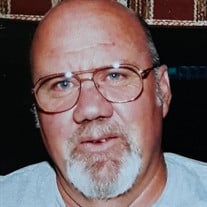 Shyrl Craig Chamberlain, (Craig) 71, died Sunday, February 3, 2019, peacefully at his home in Hurricane, Utah, attended by family. He was born March 30, 1947, in Hurricane, Utah, to Shyrl Cram Chamberlain and Doris Atkin Chamberlain. Craig was reared and educated in Hurricane, graduating from Hurricane High School in 1965. He immediately enlisted in the U.S. Army, serving during the Vietnam War, where he was a crew chief and door gunner on Huey Helicopters. While serving in Vietnam, his helicopter was shot down, landing upside down, in a river. He was the only survivor of this crash. He managed to crawl out of the helicopter with a broken back and was rescued from the river by southern Vietnamese soldiers. This was one of many of the valorous incidents that he was a part of during the war. Craig was awarded numerous medals in the army which include the Vietnam Service Medal with 6 bronze stars, the Vietnam Cross of Gallantry with Palm, a Purple Heart, the Bronze Star, and the Army Air medal. He was also awarded the Senior Aircraft Crewman Badge, Recruiter Badge and Good conduct Medals. Craig married Nola Marie Holt in 1968. They had 3 children and were divorced in 1978. He retired from the United States Army after 20 years of service in August 1985. In 1987 he married his sweetheart, Lynnette Lee, and they settled down in Hurricane. Craig was a great outdoorsman, enjoying hunting, fishing, hiking and spending time with his family. He is survived by his wife, Lynnette, two daughters and four sons: Nghia Le Chamberlain (Giang) of Holland, Michigan; Michele Werner (Dale), of West Valley, Utah; Kevin Chamberlain (Carolyn) of St. George, Utah; Darrin Chamberlain (Amy) of Salina, Utah; Chelsie Lee of Tucson, Arizona; Kez Lee (Candice) of Clinton, Utah. He is also survived by 14 grandchildren and 3 great grandchildren; one sister, Karren (Dave) Nemrow, Glendale & St. George, Utah; and one brother, Lynn (Kay) Chamberlain, Toquerville, Utah. He was preceded in death by his parents and a brother, Clark. There will be a celebration of Craig’s life sometime during the spring.

The family of Shyrl Craig Chamberlain created this Life Tributes page to make it easy to share your memories.