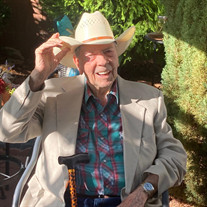 Thomas Dean Kirk, 90, peacefully passed on March 29, 2022, at his home in Hurricane, Utah. Tom was born August 17, 1931, in Denver Colorado. He was adopted by Ross Kirk and Florence Richardson. He spent most of his childhood on the farm of his Granddad, Arthur Richardson, in Kanarado, Kansas. He loved to tell stories about growing up on the farm. Stories on everything from riding the old bull, Jessie, to letting the air out of his uncle’s car tires to digging a new cesspool. In his teens he moved to Florida to live with his mom, Florence and stepdad, Glenn Johnson, and finished high school in Shelton, Washington. He started his military service in the Navy in October 1950. He fought in the Korean War and did a good will tour through Europe. He loved reminiscing about his time in the service and the first time he had pizza in Italy. Tom moved to the Denver, Colorado area after his time in the service, married Shirley Brunetti in 1955 and had three children: Thomas, Brenda, and Bruce. Tom had numerous jobs during his life; from remodeling homes to contractor painting and traveling ten western states as a carpet salesman. He had many tales to tell of his travels and driving over the Million Dollar Highway. Later he moved to Goodland, Kansas where he began raising Morgan horses and loved foaling season. Tom met his wife, Connie, and they were married in October of 1997 and lived in Colorado. He was a good stepdad to Connie’s children, Chenoa, and Lee. He loved encouraging Chenoa and Lee in their endeavors as they grew up. Tom and Connie moved to Utah in 2004 where he rededicated his life to Jesus Christ. It was amazing to walk into the room and hear Tom talking to Jesus. What an inspiration. Tom is survived by his wife, Connie, and children; Tom, Brenda, Bruce, Chenoa (Matt) and Lee. Grandchildren; Nikki, Natalie, Justin, Kaden, Everett, and Addison. Great grandchildren; Jaxon, Cru, and Lila. The family would like to thank Suntree Home Care and Hospice and doctors, nurses, aids, family, and friends for their kind and loving care. A celebration of Tom’s life will be held at 10:00 am on Saturday April 23rd, 2022. Western Legacy Farms, 1502 South 325 West, Hurricane, Utah. Please park in the arena. Tom’s ashes will be scattered at his Granddad’s gravesite in Kanarado, Kansas later.

Thomas Dean Kirk, 90, peacefully passed on March 29, 2022, at his home in Hurricane, Utah. Tom was born August 17, 1931, in Denver Colorado. He was adopted by Ross Kirk and Florence Richardson. He spent most of his childhood on the farm of his... View Obituary & Service Information

The family of Thomas Dean Kirk created this Life Tributes page to make it easy to share your memories.

Send flowers to the Kirk family.