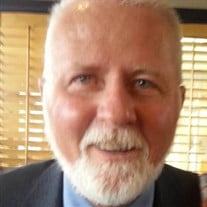 Thomas Tait, 73, passed away January 6, 2022, at St. George Regional Hospital. He had endured health issues and challenges the last four years. Tom was born in Ogden, Utah, as the eldest child to DeVaun and Zaila Harbison Tait. He was raised in Sunset, Utah, and attended Clearfield High School. Tom enlisted in the Air Force and was a Viet Nam veteran. Tom received his degree from Weber State University. His entire career was with Hill Air Force Base as a civilian, located in northern Utah nearby where he grew up. He retired in 2004 as the Deputy Director for the ICBM System (the missiles that protect the US). Tom married Lou Jeanne Downs Jones in 1973, along with her three children Brenda, Jerry, and Jana. Tom and Jeanne had a daughter, Kristina, who tragically lost her life in an auto accident. Tom enjoyed karate, tai chi, golf, and cooking. After retirement, Tom and his wife spent their winters in Lake Havasu, Arizona. When his wife passed away, Tom headed to southern Utah and landed in Hurricane. He volunteered at Sky Golf Course where he met his current wife, Royce. They enjoyed playing golf and traveling in their RV until his health intervened. Tom was a resident at the Southern Utah Veterans Home in Ivins, Utah, for the last year and a half. Tom is survived by his wife, Royce, and his stepchildren: Brenda (Karl) Hagen, Jana Jones, Jerry (Jan) Jones and David (Cortney) Branham and Ryan (Alison) Branham, and their children and grandchildren; niece Crystal Tait, nephews Shaun Tait and Ryan Tait, their children, and many cousins. Tom was preceded in death by his parents, his brother, Robert “Bob” Tait, sister Evaun “Doll” Tait, and brother, Kay Don Tait, his wife Jeanne, and daughter, Kristina. We sincerely thank the staff at the Veterans Home for their dedicated care. A shout out to the drivers who do a great job in transporting veterans to their medical appointments. A celebration of life will be scheduled at a future date and interment will follow at the Utah Veterans Cemetery in northern Utah.

Thomas Tait, 73, passed away January 6, 2022, at St. George Regional Hospital. He had endured health issues and challenges the last four years. Tom was born in Ogden, Utah, as the eldest child to DeVaun and Zaila Harbison Tait. He was raised... View Obituary & Service Information

The family of Thomas Tait created this Life Tributes page to make it easy to share your memories.

Send flowers to the Tait family.