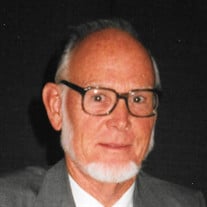 Vern Leroy Hatch, age 81, died Thursday, May 27, 2021, in St. George, Utah, with loving wife Barbara and daughter Kelley at his side. Vern was born June 22, 1939, in Virden, New Mexico, the second son of Lynn McKnight Hatch and Anna Merrell. Vern married Edith Mihu in 1961; they divorced in 1984. Vern and Barbara Bednarek Augustyniak married on November 28, 1987, in Springville, Utah. After divorcing in 1994, they remarried on March 22, 2014, in Enoch, Utah. Vern lived a good portion of his life in Virden. He attended grade school there and graduated in 1957 from Duncan High School. Vern attended the University of New Mexico prior to joining the US Air Force, where he honorably served from 1958-1966. Over the course of his life, he lived in New Mexico, Idaho, California, Michigan, and Utah. Most of his career was as a computer programmer, retiring in 2001. He lived his retirement back in Virden. Vern’s hobbies and interests included bicycling, scuba diving, dancing to big band music, and farming and gardening. His flowers, vegetable garden, and lawn were admired by all. He built a replica of a 1929 Mercedes and loved to drive it in parades. Vern also loved watching old movies and listening to old vinyl records, especially jazz. Vern was an active member of the Church of Jesus Christ of Latter-day Saints, where he served in many callings. He was preceded in death by his parents, his brother Gary, his sister Sandra Peay, and his first wife Edith. Vern is survived by his wife Barbara; his sister Sherrie (Ron) Taylor; sons Charles (Stacey), Steven, and David (Arielle); daughters Julie Hawkins, Kelley (Bill) Glenn, and Karen (Bryan) Mulleneaux; stepchildren Cheryl (Wayne) Rhoades, Raymond Augustyniak, Jr., Jed (Laura) Augustyniak, Cathryn (Brent) Jones, Jennifer Fielding, and Patrick Augustyniak; 31 grandchildren and 36 great-grandchildren. The family wishes to thank the staff at Wentworth at the Meadows Memory Care in St. George, Utah, and St. George Regional Hospital for their kindness and services. We will celebrate and honor the life of our husband, father, grandfather, great-grandfather, uncle, cousin, and friend at graveside services to be held Saturday, June 5th at 10am (MST) at the Virden Cemetery just north of town. In lieu of flowers, friends are invited to donate to the missionary fund of the Church of Jesus Christ of Latter-day Saints or to any charity of their choice. Family and friends are invited to share condolences at www.serenitystg.com or www.caldwellfuneralchapel.com.

The family of Vern Leroy Hatch created this Life Tributes page to make it easy to share your memories.

Send flowers to the Hatch family.