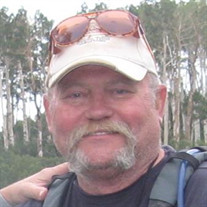 Our dear husband, father, grandfather, brother and friend died at his home Sunday, October 14, 2018. He was born October 21, 1950, to Calvin Wardrop and Dorothy Olson in Murray, Utah. They later moved to Holladay, Utah where he attended Olympus High School. He met the girl who would become his wife, Vicki Jones, there. They dated four years and were married August 28, 1970. He attended the University of Utah then transferred to Utah State University where he received his Bachelor’s Degree. In 1975 he and Vicki moved to St. George, Utah where he taught Woodshop at Dixie High School. After eight years he opened his own business, Wardrop Cabinets. He had the opportunity to be a part of the tremendous growth of our area and was proud that many of his students went on to be successful in the construction business as well. From a very young age Wade was always busy with many hobbies. He started out raising pigs and chickens in Murray with Sid Godfrey. This led to many projects — raising doves, racing pigeons, rabbits, lizards, snakes, the mice to feed them and a deep involvement in entomology. He loved to fish and hunt. A trip to Sun Valley, Idaho introduced him to fly fishing. He loved it and he began to study the bugs and tie his own flies. After selling the cabinet shop in 2014 he was restless and found himself interested in quilt making! He approached it like all previous interests - 500% in. His skill increased and he has made countless beautiful quilts for family and friends. As a member of the Dixie Quilt Guild he was part of the Philanthropy Group. His quilts are being enjoyed by many in our community. This has brought him many special friends as well. Wade was fortunate to have wonderful friends including a group of local businessmen who had lunch five days a week for thirty years! Membership in the St. George Lions Club brought more friendships that have continued to this day. Wade was able to attend lunch with his friends, meet with his quilting group and have a reunion with his brothers in the weeks prior to his death. Wade is survived by his wife, Vicki (Babe), daughter Tracy (T-Babe), Scott (Bud), daughter-in-law Melissa (Melbaby), granddaughter Evy and grandson Caleb. Brothers Todd (Brooke), Brett (Cathy), and Lane, all in Salt Lake City, Utah and Chad(Alina) in Florida. Sisters-in-law Nina (Kevin) and Barb also in Salt Lake and many nieces and nephews. And loving dog Max. He was preceded in death by his parents, grandparents, nephew Tyson Wardrop and sister-in-law Polly Wardrop. Wade was extremely proud of the wonderful, loving people his children have become. Life was never boring with Wade! His favorite saying was “the rules don’t apply to me”! He and Vicki have had many adventures and lots of fun. It’s been quite the ride! Vicki and the family wish to express love and gratitude to their friends and family, the wonderful nurses and aides at the hospital and in Hospice, and the many doctors who took such great care of him over the years. Wade was a supporter of those in recovery. In lieu of flowers, the family welcomes donations that will be given to our area fellowship of Narcotics Anonymous: https://www.paypal.com/cgi-bin/webscr?cmd=_s-xclick&hosted_button_id=FCVQQY2R84EF2. Per Wade’s request, he will be cremated. He did not want formal services, so please join us at an open house as his home (3684 S 1470 W, Bloomington) Saturday, October 20th, 2-4 pm. Wade wants this to be a casual, fun time. For those who are so inclined he would like you too BYOB. At a later date the family will be taking Wade to his final resting place, Antimony Creek, Utah, where he loved to camp and fish with his family. Friends and family are invited to share condolences online at www.SerenityStG.com. Arrangements and memorial tree planting by the Cremation Center of Southern Utah, 986-9100.

Our dear husband, father, grandfather, brother and friend died at his home Sunday, October 14, 2018. He was born October 21, 1950, to Calvin Wardrop and Dorothy Olson in Murray, Utah. They later moved to Holladay, Utah where he attended Olympus... View Obituary & Service Information

The family of Wade Olson Wardrop created this Life Tributes page to make it easy to share your memories.

Send flowers to the Wardrop family.