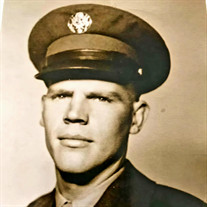 Our loving father, brother, uncle, grandfather, great-grandfather, great-great-grandfather, and friend Wilford Otto Honsvick Senior returned to his heavenly home peacefully in his home in Toquerville at the age of 91 on February 11, 2022. He was born on September 10, 1930, in Salt Lake City, Utah to his parents Thorvald and Signe Honsvick. He was one of 10 children. He attended school until the 11th grade and then went to work to help support his grandma. He was a proud veteran, having served in the Air Force in Okinawa with his twin brother Willard and youngest brother Glen during the Korean War. After the war, he married the love of his life Anna May (Duntan) in the Salt Lake City Temple on January 7, 1955. He served many callings in the Church of Jesus Christ. Wilford and Anna May raised their family of six, 4 boys, and 2 girls in Salt Lake City, Utah. They celebrated 54 years of marriage before he lost the love of his life. He worked at the phone company for 30 years. He loved fishing, hunting, gardening and had a great love of carpentry. He had a great passion for serving others and taught his children by example. Wilford was a member of the Hurricane American Legion. He was the glue that held us together; we will miss him dearly. In addition to his parents, he was preceded by his 2 sisters and 6 brothers, his wife Anna May, son Wilford Jr, daughter-in-law Tina, grandsons Brian and Eric Honsvick, great-grandson Skiler Bracken, and many other great-grandchildren and family members. He is survived by his sons, Steve (Linda), Paul, Phillip (Ingrid) Honsvick and his daughters Merrie (Ralph) Harris and Rebecca (Ron) Fullmer, brother Glen Honsvick, 24 grand-children 78 great-grandchildren, and 8 great-great-grandchildren. A viewing will be held Friday, February 18th from 6:00 p.m to 7:00 p.m. and Saturday, February 19th from 10:00 a.m. to 10:45 a.m. The celebration of Wilford's life will be Saturday, February 19th at 11:00 a.m. at the Toquerville Chapel at 63 Toquerville blvd. Following the service, he will be buried at Toquerville Cemetery with Military honors. The funeral service will be available live stream via Zoom at https://us06web.zoom.us/j/87939238292?pwd=aGlJb0YrTm5HMktRREI5a1N4TW9VZz09 Meeting ID: 879 3923 8292 Passcode: 962311

The family of Wilford Otto Honsvick created this Life Tributes page to make it easy to share your memories.

Send flowers to the Honsvick family.