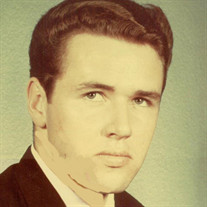 Our beloved William "Bill" Arthur Crosby, 74, reunited with his Heavenly Father on November 2, 2021, in St. George, Utah. He was born on September 10, 1947, to Arthur Glen Crosby and Beverly Roe in Panguitch, Utah. Bill married his sweetheart, Maridon Whittaker, for time and all eternity on March 19, 1970, in the St. George LDS Temple. Family was always his highest priority. He loved his wife, children and grandchildren with his whole heart! He graduated from Panguitch High School and earned his bachelor and master’s degree from Utah State University. Bill made a huge difference in the lives of many of his students over the 30 years he taught. He loved the Gospel of Jesus Christ and served his mission in the Central States. He held numerous church callings throughout his life. Bill loved the camping and family time of hunting season. He could build or fix anything. He had a very special gift of sincerely asking about others and was really interested in who you were and what you were doing. Everyone that met him felt like they were Bill’s best friend. His love was always felt because it was spoken. He leaves behind his loving wife, Maridon; his children, Eric William (Cheree), Justin Don and Marideth Brooke (Jess) Whipple. Grandchildren: Brock, Braden, Lexie, Janzy, Kelcie, Ashlyn, Jaiger, Kortnie, Jaylee, Jevin, Brendon, Elsa, Brexton, McKenna and Elayna. Greats: Remi and Emmitt. Sisters: Kathy (Ed) Ping, Gaylene Burdick, Cherie (Kelly) Wood and Sharleen Roper. Brother: Stephen (Denise) Crosby. Sister-in-law: NaNon (Kevin) Bulloch. Brother-in-law: Bret (Joni) Whittaker. Preceded in death by his parents and brother: Robert Glen Crosby. A graveside service was held in Panguitch, Utah on November 6, 2021.

Our beloved William "Bill" Arthur Crosby, 74, reunited with his Heavenly Father on November 2, 2021, in St. George, Utah. He was born on September 10, 1947, to Arthur Glen Crosby and Beverly Roe in Panguitch, Utah. Bill married his sweetheart,... View Obituary & Service Information

The family of William Arthur Crosby created this Life Tributes page to make it easy to share your memories.

Our beloved William &quot;Bill&quot; Arthur Crosby, 74, reunited with his...

Send flowers to the Crosby family.