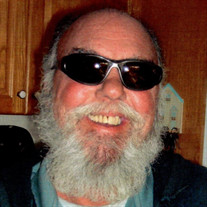 William “Bill” Charles Weaver, 68, passed away on June 25, 2021, at his home in La Verkin, Utah. He was born September 19,1952 in Ogden, Utah to Edwin and Anita Weaver. He was married to Laurie Shutt Weaver in June of 1976 and later divorced in 2005. Bill was raised in Sunset, Utah and graduated from Clearfield High School. He was a carpenter for many of his earlier years which eventually led to his career as a building inspector. He and his family moved around a bit, even landing in Hawaii for a time. After his son was born, the family came back to Utah and eventually settled in La Verkin. Bill became a volunteer firefighter and served the Hurricane Valley for 12 years. He worked as a building inspector for Washington County for several years before joining the Washington County School District. Bill worked hard to provide for his family, at times working three jobs. He was also a loving father to his son, Jake, and daughter, Amber. He taught Jake many things that prepared him to be an adult and raise his own family, like hard work, the value of a dollar, and responsibility. He loved Amber with all his heart; she was his life. Along with Laurie, he cared for her for many years prior to her passing. Bill retired in 2017 and enjoyed his retirement spending time camping in his motorhome and building Lego villages with his girlfriend, Gale Boreman. He is survived by: Son, Jake (Katie), four grandchildren, and Gale Boreman. He was preceded in death by: Daughter, Amber Weaver and Brothers, Robert and James Weaver. Family and friends are welcome at a Celebration of Life on Saturday, July 17 at 4pm at his home.

The family of William Charles Weaver created this Life Tributes page to make it easy to share your memories.

Send flowers to the Weaver family.