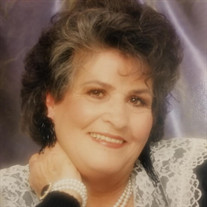 Zeda fought through multiple health issues passing away peacefully at home in St George Utah on June 18th with her daughter Julie by her side. She remained in her home until the end as was her final wishes. Born to John Emmons and Zeda Myrelda Jackson in Provo Utah. Zeda and her twin sister Uleta were the youngest of 7 children. Zeda has always held a special place in her heart for the Provo/Orem area where she spent most of her life and even later in life after moving to St. George she would reminisce often of her happy days spent there always wishing she could return there someday. Zeda and Melvin Jessie Young were married on February 28th 1953. Together they raised their 5 children—Calvin, Julie, Lynnette, Machelle, and Michael in the Provo/Orem area. On June 21st 1969 Zeda and Melvin took their young family to be sealed in the Manti Temple. They remained together for 19 years before ending the marriage in divorce by 1972. Zeda was a stay at home mom for many years while Melvin worked in the auto body and paint industry. In 1969 she ventured out into the work force with her first job as a cook with the School District at Provo High. After four years of working in the cafeteria she received an unexpected call from the Utah State Hospital requesting her to please come join their staff. This she did and began a twenty two year career there going from cook to laundry and there after transferring into the patient transportation department where she remained for the duration of her time there. She enjoyed shuttling the patients to and from their various appointments, getting them to the doctor visits, court dates, or home visits. On some days she would travel as far away as St. George, Salt Lake and most other Utah locations. During her time there she received several honors, one of which was an Award of Excellence for her outstanding service and dedication to her work. Although she loved her job, being on the road for those twenty two years had begun taking its toll on her health and that’s when she decided it was time to take life at a slower pace and retired at age 55. After retiring she started a serious life of craft making and her love of dogs. She enjoyed doll making and created the most beautiful baby dolls, even making one that looked just like her as a baby girl. She would also painstakingly stich intricate patterns with yarn into blankets by hand for someone's birthday. And scrap booking, where she created family albums that are still so fun looking through today, bringing fond memories of our past times together. She would included family and friends in these activities as often as possible. Whenever we got together at her home she would make sure we were all fed with plenty of good food and snacks. Zeda love animals of all kinds and would take such delight whenever they came on commercials or television programs, but she especially loved dogs and the unconditional love that they gave her in return. Babe, Precious, Dazee, and little Lee Lee were her best friends through life and held a very special places in her heart. As she started getting older, she began to enjoy spending more time with her dogs and favorite TV shows. And even though things slowed down she was always game to make her famous Chicken Cabbage Salad, Boston Baked Beans or her Prized Pretzel crusted Raspberry Jell-O, for any occasion that came up, even when it was for her own birthday celebration. Zeda was known most of all for her spunky attitude. She didn’t mind telling you just what she thought about life, you, or any subject that came up, she never held back from telling everyone just what she thought. She enjoyed humor, and a friend that could tell a good joke would really livened her up, showing a childlike glee. And as time moved on, we began seeing a happier, softer side to her. And though life was becoming more difficult, she would just laugh it off and make light of it. We are so grateful for this time we spent together, sharing in all the different aspects of her life, both good and bad. She taught us many life lessons that will remain in our hearts. She will be dearly missed. And so it is at this time Mom that we wish for you all the Love and Peace Heaven can give you. Until we meet again, know that we Love and Miss You So Very Much! Due to the crazy times we are in right now a Celebration of Life will be held for her at a later date to be announce.

Zeda fought through multiple health issues passing away peacefully at home in St George Utah on June 18th with her daughter Julie by her side. She remained in her home until the end as was her final wishes. Born to John Emmons and Zeda... View Obituary & Service Information

The family of Zeda May Emmons created this Life Tributes page to make it easy to share your memories.

Send flowers to the Emmons family.